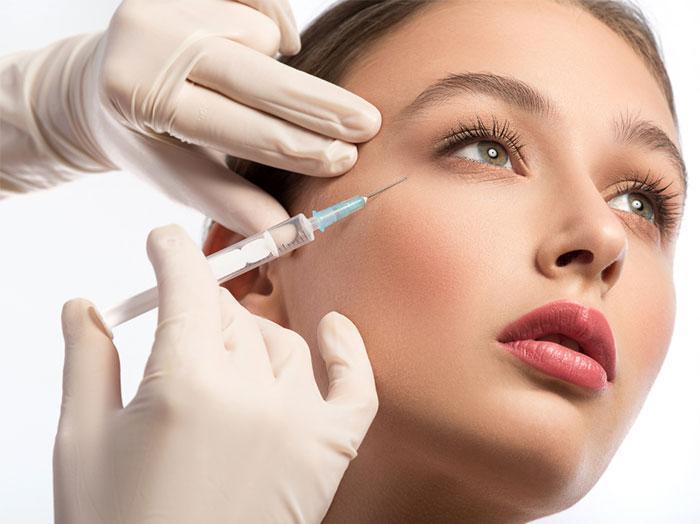 Xeomin vs. Botox: Differences, similarities, and which is better for you

Cosmetic medicine has popularized the use of injectables for promoting smoother, younger looking skin. Xeomin, Botox and Dysport are two injectable treatments that are commonly used to reduce the appearance of fine lines and wrinkles.

Xeomin and Botox contain botulinum toxin type A, a neurotoxin produced by a bacterial species called Clostridium botulinum. This neurotoxin works by blocking neuromuscular signals to relax targeted muscles at the injection site. Despite the fact that these treatments contain the same active ingredient, they have some differences in how they are used and formulated.

What are the main differences between Xeomin and Botox?

The main difference between Xeomin and Botox is that Xeomin contains a “naked” form of botulinum toxin. Unlike Botox, which contains accessory proteins, Xeomin is designed to deliver the toxin without any protein additives. This purified structure may help prevent antibody resistance, a growing problem that has been seen with injections administered over time. The antibody resistance is seen with Botox and Dysport because of these accessory proteins.

Xeomin was FDA-approved in 2010 to not only treat glabellar lines, or fine lines, but also a number of other conditions. As a cosmetic treatment, Xeomin can help temporarily get rid of frown lines, forehead lines, and crow’s feet around the eyes. Xeomin can also treat excessive drooling and salivation (chronic sialorrhea), as well as abnormal muscle contractions of the neck (cervical dystonia), eyelids (blepharospasm), or limbs (limb spasticity).

Botox was initially FDA approved in 1985. It can be used for cosmetic treatments as well as other conditions such as an overactive bladder, urinary incontinence, and excessive sweating. It is also approved to treat headaches and migraines. Like Xeomin, Botox can treat muscle spasms and abnormal contractions of the limbs, neck, and eyelids.

Is Xeomin or Botox more effective?

For cosmetic purposes, Xeomin and Botox are effective treatments. They are both relatively convenient treatments to administer compared to plastic surgery and other invasive procedures.

Both Xeomin and Botox start working once they’re injected into the muscle. For aesthetic purposes, their full effect may not be seen until seven to 14 days after injection or longer.

According to one randomized, double-blind study, Xeomin was found to work faster and last longer than Botox. The study, which assessed 180 people over six months, found that more women experienced greater effects compared to men.

Dysport (abobotulinumtoxinA), another botulinum toxin injection, was also included in the study and fared on a similar level with Botox when compared to Xeomin. Dysport requires more units for the same cosmetic effect compared to Xeomin and Botox.

The Journal of Dermatology Surgery ran a double-blind clinical trial comparing the active ingredients of Xeomin and Botox. The trial included 250 women who either received 20 units of Xeomin or 20 units of Botox. According to this study, both toxin injections showed similar effectiveness after four months.

Aside from the fact that these injections work in identical ways, they must also be administered by a licensed provider or medical doctor, such as a dermatologist or plastic surgeon. Consult your provider to determine which option is better for you.

Coverage and cost comparison of Xeomin vs. Botox

Unfortunately, there are no generic versions of Xeomin or Botox available. This is because regulatory laws apply differently to these drugs since they are considered biologic drugs.

Xeomin and Botox are relatively similar in price. The average retail cost of either drug can be more than $600 or more for a vial. However, since you would be getting treatment administered at a medspa or doctor’s office, your treatment session may be priced differently.

Drug interactions of Xeomin vs. Botox

Xeomin and Botox should be avoided with other medications that have similar effects. These medications include aminoglycosides, anticholinergics, curare alkaloids, and muscle relaxants. Taking these drugs while getting a Xeomin or Botox injection could lead to increased side effects.

Xeomin and Botox should also be avoided with other botulinum neurotoxin products. Receiving other toxin injections without a long enough interval between sessions can worsen side effects such as muscle weakness.

Warnings of Xeomin and Botox

Botulinum toxin has been known to spread from the injection area and cause adverse effects associated with the toxin. These effects include difficulty swallowing or breathing. In severe cases, botulinum toxin can cause paralysis, respiratory failure, and even death. While the risk may be higher in children, these effects are still possible in adults.

It is important to get Xeomin or Botox injected by a licensed professional. Because of the possibility of adverse effects, these medications need to be injected properly and in the correct dosage.

Xeomin is the brand name for incobotulinumtoxinA injections. Xeomin is often used to reduce fine lines and wrinkles. Injections should be given every three to four months for consistent results.

Botox is a commonly used botulinum toxin injection for cosmetic purposes. Botox contains onabotulinumtoxinA and is injected every three to four months. It is also FDA approved for headaches and migraines as well as other conditions.

Are Xeomin and Botox the same?

Xeomin and Botox both contain botulinum toxin. But they are not the same drug. Unlike Botox, Xeomin contains a different form of botulinum toxin with no accessory proteins. Xeomin also has less storage restrictions, meaning it doesn’t have to be refrigerated before use.

Is Xeomin or Botox better?

Xeomin and Botox both work to smooth the skin and get rid of frown lines. While they are both comparable in effectiveness, some studies have shown that Xeomin has a quicker onset of action and a longer duration. The best treatment is the one that your practitioner recommends for your specific condition.

Can I use Xeomin or Botox while pregnant?

Since Xeomin and Botox are usually localized treatments, they have a low risk of getting into the bloodstream. That being said, there is still a risk of fetal harm, especially if large amounts are administered. Consult your healthcare provider if you are pregnant and seeking treatment with Xeomin or Botox.

Can I use Xeomin or Botox with alcohol?

Alcohol has blood-thinning properties, which may worsen the side effects of some drugs. It’s usually recommended to hold off on drinking alcohol for at least 24 hours before your Xeomin or Botox session. Otherwise, alcohol may increase the risk of bruising or swelling around the treatment area.

Which lasts longer: Xeomin vs. Botox?

Botulinum toxin injections usually last at least three months. Some people may experience effects that last up to four to five months or longer depending on the area treated and the dose injected. According to some studies, women who received Xeomin for glabellar lines reported longer-lasting effects compared to Botox.

How fast does Xeomin work?

Xeomin starts working right after it’s injected into the targeted facial muscles. However, the visible effects of Xeomin treatments may not be seen for at least seven days after administration. It’s best to follow up with your provider seven to 14 days after your treatment to evaluate the results. 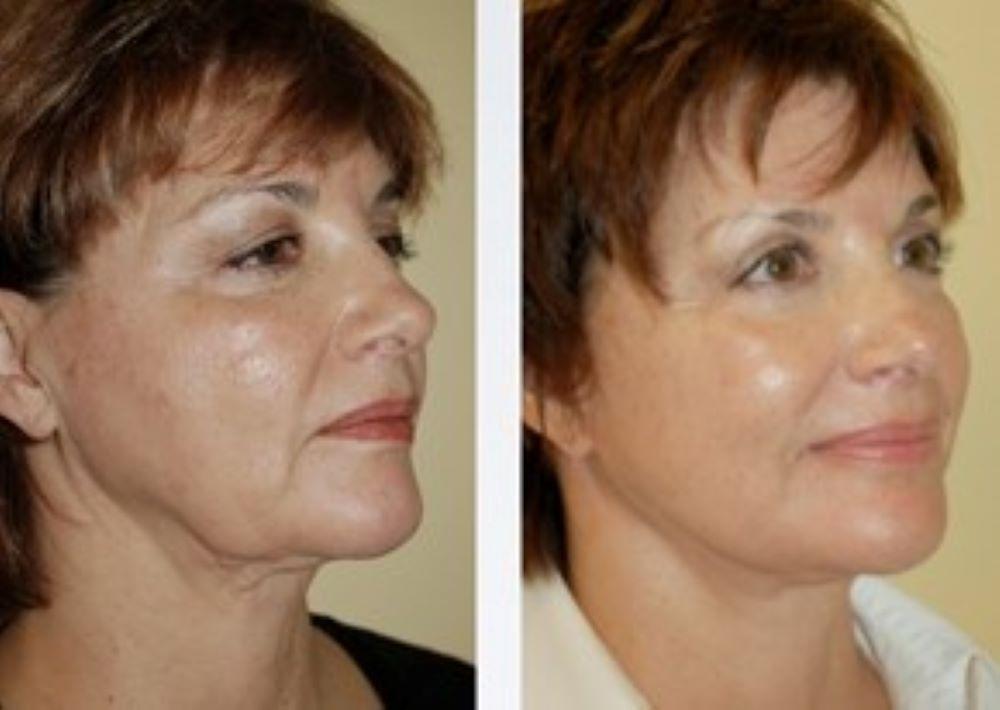 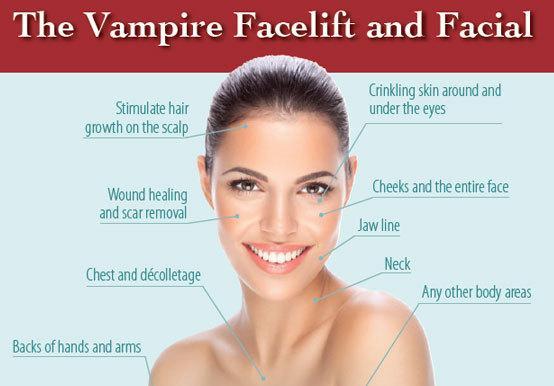 Comprehensive article regarding the use of "Platelet Rich Plasma (PRP)" aka the "Vampire Facial" to stimulate collagen production for tighter vibrant skin. 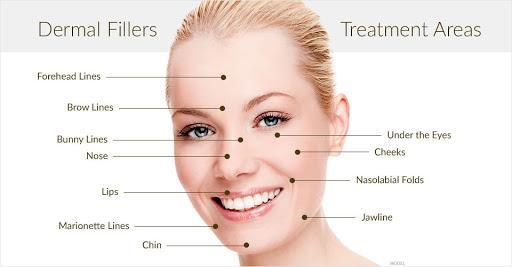